It’s been a while since I last posted anything here—a sentence I realized I’ve been saying A LOT in these past two years. I know, I know, I said I’d be back around last year but it turned out that balancing blogging with working full time was difficult. I admire every single one of you who does this! And to top it all off, I don’t have any internet connection on my place so it’s very inconvenient to have to use my mobile internet or wait until I’m home for a reliable internet connection.

So, I’m not gonna say I’m back for real today. I’ll maaaaybe pop up every now and when I get the chance 😛

A lot has happened since my last post and I seriously can’t wait to tell you about it. I dedicate this post for my personal ramblings so you’d know what I’ve been up to lately—something you have probably guessed from the title.

I finished writing a book

I have always dreamed of being a published writer ever since I was little and a couple months ago I finally sent in my final draft to the BIGGEST traditional publisher in Indonesia—no kidding, I aimed high. If after 6 months I don’t hear back from them, I’ll send the draft to another publisher BUUUT finger-crossed I’d get lucky with this publisher!! I feel good and super proud with the story and I’m obviously gonna let you in on a sneak peek 😛

It’s not  this story I actually finished that one but wasn’t satisfied and felt like I needed to write more to complete it so I dropped it about a year ago and haven’t really picked it up again since. This was a new idea altogether. One day I was scrolling through my twitter timeline and read about the divorce of a celebrity couple and I read a lot of nosy comments from random people on the internet and suddenly I was inspired. As soon as I got home I wrote down all my ideas and the next day I started writing and didn’t stop until I finished the first draft—took only 2 weeks which was surprising compared to my previous attempt.

The story is about two co-workers who are super close with each other. The girl is kinda famous on the internet and has tonsss of followers on her instagram. She recently broke up with her long time boyfriend, which then triggers reactions from her followers. To distract herself, she starts to spend time with her coworker—mostly for work related things but also for non work related things but once the guy appear on her instagram story, her followers start to get wild with questions. Since then her life becomes a wild, roller coaster ride of social media frenzy—which is a lot to take for someone who cares so much of what other people think.

Can you believe that I’m engaged??? Me neither it felt soooo surreal hahaha 🙈

I realized I almost never talked about my romantic relationship here but since this is a big one, I think it deserves a mention in the post. We held the engagement party on February 2, filled with all of our families and closest friends and it was one of the happiest day of my life. I mean… I don’t know, he’s proposed before and we’ve talked a lot about getting married but to actually be there on the engagement day??? Felt like something finally clicked to me. I was a little nervous but also super excited 😀

As for the party, I did the decorations by myself—with the help of some family members. I was satisfied to channel my creative juice while also saved a lot of money because boy party decoration is super expensive!! I thought of maybe starting a party planning business but that’s a discussion for later 😛

Here are some snippets from our happy day ♥ 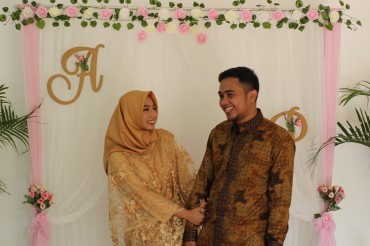 Now we’re busy with wedding preparation. It’s sooo stressful and has created a lot of tensions especially between my mom and I but I try to enjoy the process as much as I can and not to let my emotions get in the way too much. Wish me a beautiful, lovely, and stress-free wedding! 😀

Aside of those major events, my life has been pretty basic. I still go to work full time, doing more or less the same things every day. Sometimes I get bored, but sometimes it’s exciting and I just try to do my best. I try to go home every weekend because I realized that the older we get, the less time we have for families and I just… don’t like it. So I try spending a lot of time as possible with my family—even if it means I have to go back and forth between the two cities and my place has become a total mess due to my lack of cleaning time.

I’ve also been reading a lot lately, but mostly local new adult books. They’re just so light and quick and I had so much fun reading them. I also read a few contemporaries that I hadn’t had the chance to read all this time and it’s so relaxing to finally got back into my reading rhythm. Other than reading, I also spend a lot of my spare time watching series—my current favorites are Brooklyn 99 season 6 & Sex Education!

I guess that is it! I don’t have much else to talk, so now it’s your turn! What have you been up to lately? What’s going on in the book blogging community while I was away? Catch me up on it! 😀

8 thoughts on “Long Time No See : On Writing a Book, Getting Engaged, and Being Away for So Long” 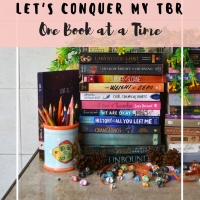 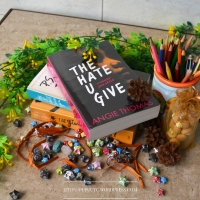